Golden Dessert Competition
We would like to thank all of our members that participated....... 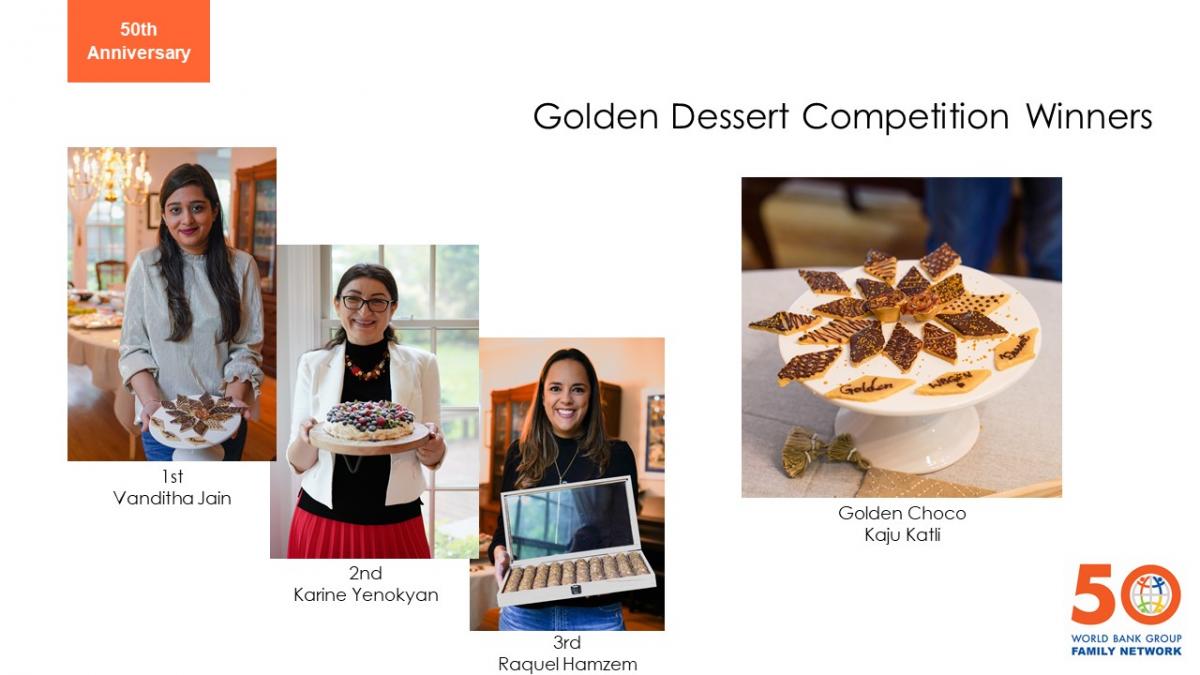 The Queen of the United Kingdom celebrated her historic reign’s platinum jubilee with a ‘Platinum Pudding Competition’.

Here at the WBG Family Network, as part of our year-long 50th Anniversary celebrations, we invite all WBGFN families to participate in our grand Golden Dessert Competition.

Non-professional home cooks, bakers, foodies, or any of you with a flair for desserts, are all invited!

So, let’s get creative and put on those chef hats. (refer to rules & regulations for entry criteria).

The winning dessert will be marked as WBGFN’s official 50th Anniversary dessert! And the top 3 winners will walk away with fabulous prizes from none other than Le Creuset!!

Round 1 - Our judges will shortlist finalists from the dessert entries received, who will then be contacted via email with further details.

All finalists will be contacted via email with details.

The top 3 winners will be selected by our panel of judges and announced in May.

* The WBGFN Golden Dessert Competition will be judged by a panel of WBGFN members and volunteers who are not professional chefs, and who want to share their passion and enthusiasm with WBGFN families.

* By participating in the Golden Dessert Competition, you provide consent to have the recipe and photos used for promotional purposes, including social media, by WBGFN.